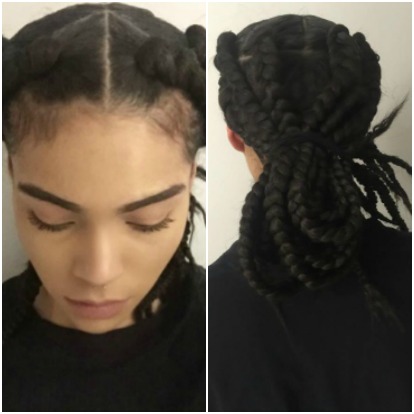 Yesterday was a great day in natural hair acceptance news, today? Not so much! According to CBC news, there has been another incident of discrimination against an employee based on their hair, and this time, it is at Zara.

No doubt many of us black girls have shopped in Zara at one point in our lives, but would you believe that box braids are frowned upon in that store.

20 yr old Cree Ballah was sent home from her job at Zara in Toronto because her managers thought her ‘look’ was unprofessional.

Cree had box braids in at the time and as you can see from the above picture she tried to gather them into a single ponytail.

One manager approached her and told her to release her ponytail and then a second manager was called so that they could address Cree outside.

Ballah told CBC, “They took me outside of the store and they said, ‘We’re not trying to offend you, but we’re going for a clean, professional look with Zara and the hairstyle you have now is not the look for Zara.”

Cree said the entire ordeal was very embarrassing because they reprimanded her outside of the store in a mall where employees had a complete view of the incident. She decided to leave the mall and filed and official complaint with the human resource department citing discrimination.

“My hair type is also linked to my race, so to me, I felt like it was direct discrimination against my ethnicity in the sense of what comes along with it,” said Ballah, who describes herself as bi-racial. “My hair type is out of my control and I try to control it to the best of my ability, which wasn’t up to standard for Zara.”

Cree was able to meet with company officials, and of course, they just went through the motions with her because they did nothing about the incident.

Zara said that the company is diverse and multicultural and does not tolerate any form of discrimination. They also said that they “engaged directly the employee on this matter and respect the privacy of those discussions.”

Cree has not quit her job but said that she will most likely quit soon and I wouldn’t blame her. Who would feel comfortable after all of this, when will it end? 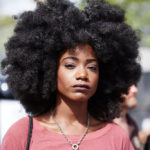