Hide Search
* Disclosure: Some of the links below are affiliate links. This means that at no additional cost to you, I will earn a commission if you go through and make a purchase.
Share31
Pin8
Tweet
39 Shares 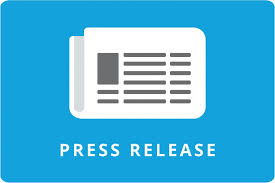 In response to the FDA warning Alikay Naturals has also issued an official press release statement which we have detailed here:

FORT MEYERS, Fla., Jan. 29, 2016 /PRNewswire/ — The Food and Drug Administration (FDA) released a consumer alert today about Alikay Naturals Bentonite Me Baby product. We would like to clarify some key facts in the investigation. The initial consumer report that was filed with the FDA was subsequently closed due to the consumer alleged falsification of facts and statements.  OnJanuary 25, 2016, we received information that the Florida District of the FDA wanted to conduct a separate investigation.  The FDA conducted its investigation based on the presumption of categorizing the Bentonite Me Baby as a food or drug product for consumption. Although, Alikay Naturals advertises the product for topical use for hair and skin, the FDA test results that were provided to Alikay Naturals were compared to candy and food products. The FDA report released stated that “FDA has not confirmed any cases of lead poisoning associated with the product.” Alikay Naturals is an all-natural luxury hair, skin, bath and body product line specifically advertised for topical use.

“Although, our previous label stated the benefits of hair, skin and internal use of bentonite, we never provided the recommendations or recipes for internal consumption. The label did provide recommendations for the use on hair and skin. In addition, our label advised that the consumer consulted a physician if they chose to do it internally. Our Bentonite Me Baby is not marketed as a food or consumption product. We do not support the use of this product on children. I have a genuinely transparent relationship with all of my consumers, many who have been around before the release of Bentonite Me Baby. There are thousands who have used our product on a consistent basis without any problems. I will be releasing a video statement to give specific details surrounding the FDA’s investigations and findings,” said Rochelle Graham.

The FDA currently regulates coloring and labeling in cosmetics. There is currently no set standard in the cosmetic industry to measure the amount of what they consider as harmful lead.

The FDA has performed several tests and studies on other cosmetics that potentially have lead in them. One report is on the levels of lead found in lipstick. In a study published in 2011 entitled, “Lipstick and Lead: Questions & Answers,” it states Lipstick, as a product intended for topical use with limited absorption, is ingested only in very small quantities….It is not scientifically valid to equate the risk to consumers presented by lead levels in candy, a product intended for ingestion, with that associated with lead levels in lipstick, a product intended for topical use and ingested in much smaller quantities than candy-(FDA.GOV)

We are compassionate and aware of the serious effects from the consumption of lead, this is why we do not recommend the consumption of topical use products. We highly accentuate the education of all of our products continuously to ensure the maximum benefits.  Our brand stands firm by the quality and validity of our products. We are conducting our own investigation including getting the Bentonite Me Baby tested in an independent laboratory.

At the end of the day we have to make the best choice for ourselves especially when considering what the FDA considers harmful and what they let slide which has been proven to be harmful. If you experience any adverse health effects, you are encouraged to report the problem to both Alikay Naturals and the FDA.