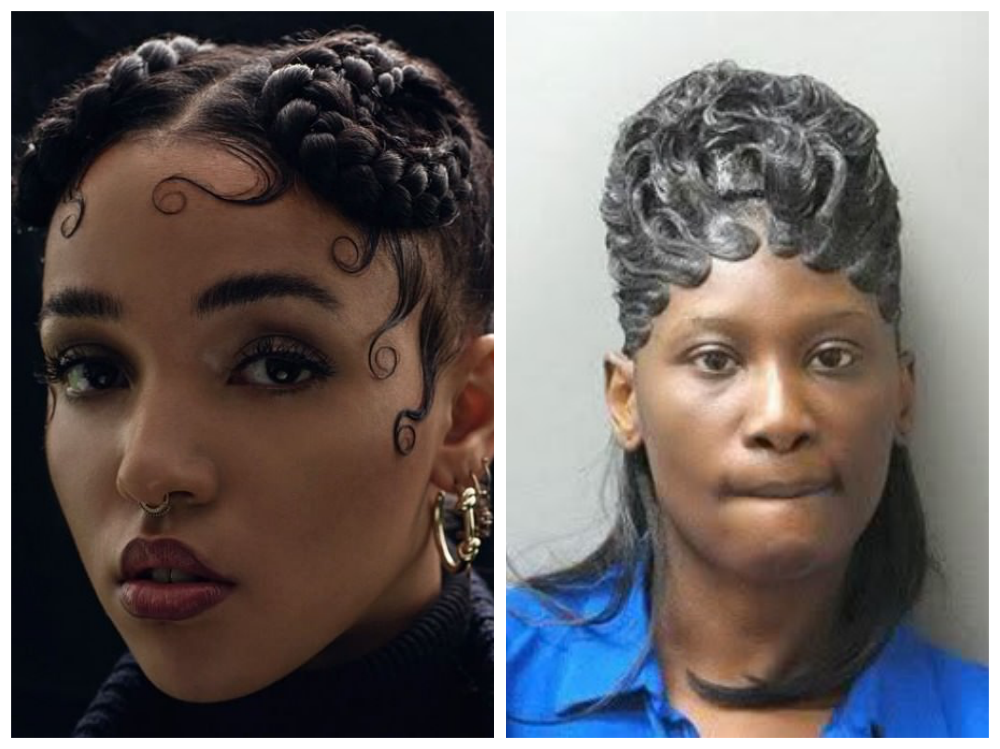 Why can’t some of these hairstyles just be regarded as creative? Why does someone have to be regarded as a hoodrat when they dare to think outside of the box? I’ve never quite understood it. Sure we all have different tastes and are bound to have preferences, but do we really need to cut down someone else because their taste doesn’t mirror ours?

I have no clue what authority sets us up to dub things “ghetto”. What does that even mean anyway and where was it derived from? As far as I know a ghetto by definition is:

1. (n.) an impoverished, neglected, or otherwise disadvantaged residential area of a city, usually troubled by a disproportionately large amount of crime

Another definition states that “A ghetto is a part of a city in which members of a minority group live, especially because of social, legal, or economic pressure.”[Wikipedia] The term was first used in Italy to describe segregated Jewish settlements. It is believed that the term was derived from the Italian word “ghet” which refers to slag or waste. There are also theories that suggest that it comes from the Hebrew word “get” which means separation document.

So then, as it is with so many other words- blackie and nigger immediately come to mind- we’ve taken this label intended to perpetuate prejudice, classicism, marginalization and slapped it on to ourselves, owning it. Whatever happened to celebrating the beauty of diversity and the uniqueness of our culture? I get that people think the allusion is somewhat clever but it’s not so cool when it’s intended to be an insult.

Let us look at some of the hairstyle related characteristics that people claim to render a style certifiably ghetto.

Well I dare say that this tacit agreement to label these things ratchet or ghetto is a bit hypocritical given the history of our ancestors. Before our ancestors were ripped from the land of their origin to populate the western world and build its empires, our people had elaborate styles that depicted who they were and where they were from.