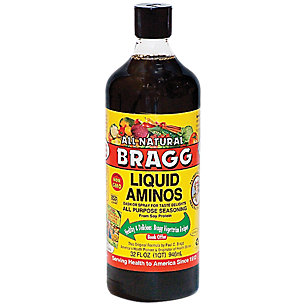 I also have the feeling that the use of the liquid aminos, due to the fact that it is pure protein, in conjunction with the yogurt within such a short time period also contributed to the dryness.

I may have given myself a protein, rather than a moisture treatment as the name, Maximum Hydration Method, would suggest.

All of these things could easily have been ascertained by a Google search of the ingredients list, but I had heard so much about the Maximum Hydration Method that I just wanted to fearlessly try it. Although I am now skeptical of using the method at all, I did have some surprising takeaways from the method that I will keep in my regimen.

The first is that yogurt really softens my hair! I have since added it to my deep conditioning protein treatments, with great results. I even tried goat milk yogurt because I have tried a goat milk treatment which was really amazing, but that’s another story.

The second is that molasses surprisingly creates great slip—I know! Who would have thought? The key is to use very little in your DIY deep conditioning treatments (between 1-2tsp) and to milk it with a creamy base like the yogurt. The results when used without the addition of the baking soda and apple cider vinegar n my hair are worth adding it to my regimen.

So, the moral of the story is not to overdo anything out of excitement. The sub-moral is that sometimes through failures you can discover something you would never have thought of. Failures open up a whole realm of undiscovered possibilities, and reveal things to us we would never have known without going through the defeat. I suppose this applies generally to life, as well as it does to hair.

Failures have never stopped me from experimenting with my hair, and it is this boldness that has helped me to discover the unlikely things that have worked for me.

Be open to new things, and when it comes to taking care of natural hair, you have to be willing to ditch the old adages. You’re embarking on a new journey of self-discovery and knowledge, so why should you follow anybody else’s rules? I encourage all of you to be brave enough to make your own.