Hide Search
* Disclosure: Some of the links below are affiliate links. This means that at no additional cost to you, I will earn a commission if you go through and make a purchase.
Share9
Pin4
Tweet
13 Shares 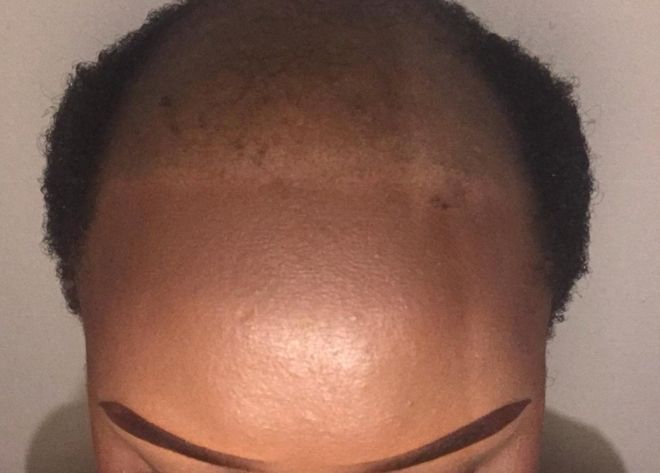 If you are one of the people who has had bald spots starting from the centre of your head that don’t seem to be growing despite your best efforts, you will be relieved to know that scientists now know what causes this.

We have South African scientist extraordinaire, Ncoza Dlova to thank for this tremendous discovery that will cause a paradigm shift in how black hair is treated.

As you know, one can only start the road to recovery when a problem has been diagnosed. As it turns out, this is no fault of your own; it’s genetic. Dlova found that it is as a direct result of a newly discovered gene present in people of African descent.

As the Dean of medicine at the University of KwaZulu-Natal, Dlova had been studying the condition which has been likened to male pattern baldness. She followed a sampling of research participants from 2013 to 2017. Participants were drawn from Durban, South Africa as well as Winston-Salem North Carolina.

Central Cetrifugal Cicatricial Alopecia or Spot Balding: Cause and Effect

Central Centrifugal Cicatricial Alopecia (CCCA) can be devastating since it usually destroys hair follicles to such an extent that there is extensive scarring which causes permanent hair loss. One can only imagine the blow to the self-esteem of those who are affected by it. 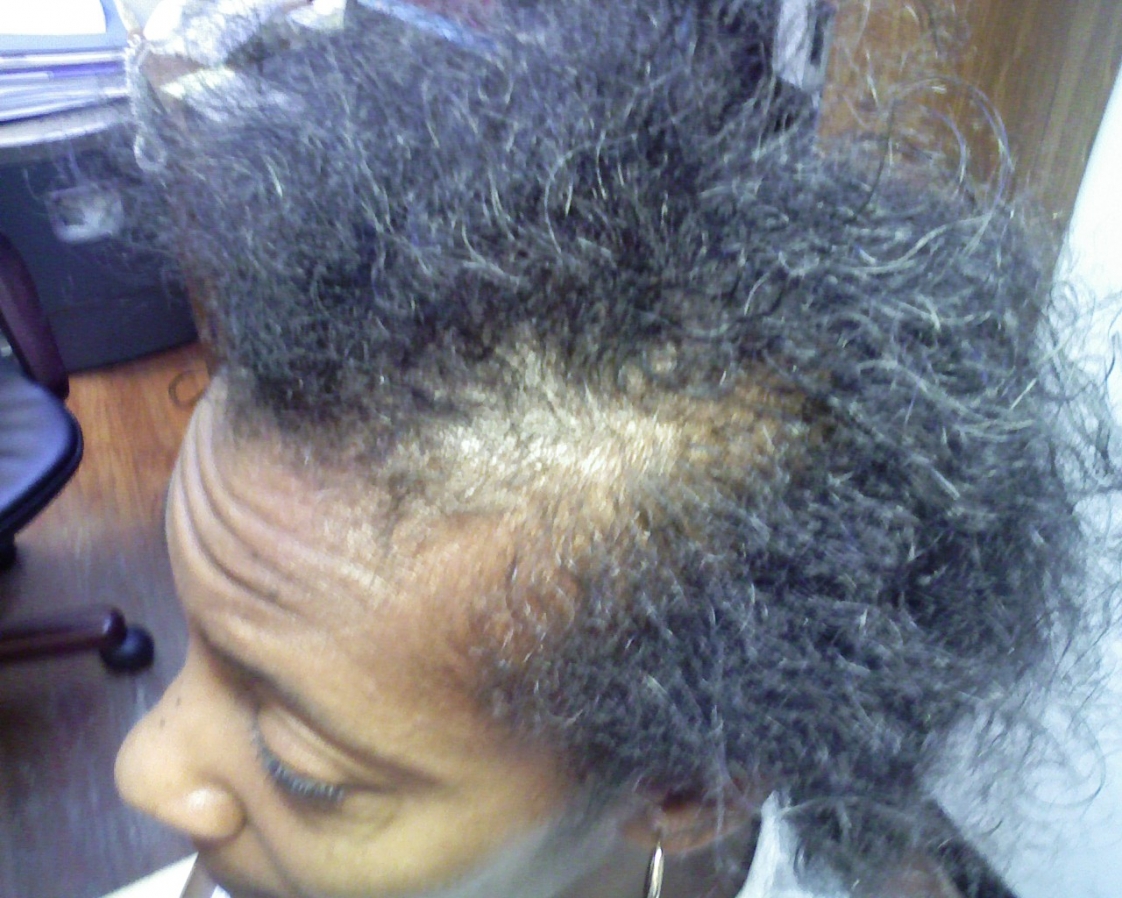 Sure India Arie said, “I am not my hair” but we know that hair is more than cosmetic for many of us. It is that thing which holds a certain sacredness which anchors us to a shared heritage, it is the way many tribes distinguish themselves from others, it is what our ancestors used to braid escape routes to freedom in and in some African spirituality circles, it is the antenna which connects us to divinity.

With that said, it is more than skin deep and this discovery couldn’t have come at a more opportune time.

“Variant PAD13 in Central Centrifugal Cicatricial Alopecia”, as the study is titled, revealed that the cause for CCCA is the effect of the mutation of the gene peptidyl arginine deiminase 3 (PAD13). Ordinarily, PAD13 aids hair shaft growth. It further suggested that persons who have a predisposition for PAD 13 mutation seem to trigger the condition through the use of harmful chemicals, braids, weaves and traction.

Dlova is quoted as saying:

This discovery is a first in the world, and it followed links to my earlier publication of 2013, in which I reported for the first time a familial association in a cluster of black South African families with CCCA and have been following the 15 families for 5 years, and 7yrs later a gene has been identified. This has huge implications on early diagnosis, prevention and possible future targeted therapy of CCCA.

The study is published in one of the world’s top peer-reviewed medical journals, New England Journal of Medicine, and deservedly so.

What is needed now is for more of our scientists to conduct research into more of the issues that are affecting our community.

What this brings to mind more than anything is the fact that this mutation in the genes is triggered as a result of wearing certain braid styles or through the use of chemicals. Just like we are not destined to suffer from diabetes if we live a healthy lifestyle regardless what your genes say, nobody is destined to hair loss as long as you treat your hair right.

Problems with hair loss will make themselves evident in adolescent or early adulthood and if you notice any slight thinnning or excessive hair fall when taking down braided styles then you will know for a fact that braids and weaves are not for you. The same goes for relaxers and other chemical treatments that come into contact with your scalp.

Some people can eat meat daily and scoff down rich desserts without gaining an ounce of weight. If you cannot breathe too deeply walking past a fast food restaurant without gaining a pound, then you are simply not that person and no magic pill will change that. I know that it will be disappointing for some to hear that the favorite hairstyle is out but you also have to realize that you are not that person who can wear those styles without damaging your hair follicles.

We are proud of the achievement of Dlova as when one of us wins, we all win here’s to more discoveries into the science of black hair. Here’s to trodding on into the exploration of the afro-textured frontier; one small step for man, one giant leap for black hair care.