Is it too much to ask that media, magazines, editorial shoots, public forums and people taking our money to be even slightly diverse, inclusive or even fair?

Teen Vogue is in hot water because as many have pointed out on Twitter they had the nerve to do a Senegalese Twist editorial that featured hardly/not even one dark skinned black woman. So they got dragged by Twitter and rightly so!

Let’s start from the beginning, the lovely lady Elaine Welteroth pictured  above wrote an editorial piece highlighting her trip to Kigali, Rwanda. Her piece started off great, she said:

There I was, sitting cross-legged on a dusty concrete floor inside one of the many hair-braiding huts peppering the sprawling green hillsides of Kigali, Rwanda. After my French-speaking friend haggled for a good price in the bustling marketplace, I plopped down dutifully as three stylists huddled around me. For four hours they worked diligently, winding hundreds of ropelike wefts to form Senegalese twists that looked like tiny works of art taking flight from every direction.

But then it went into a whirlwind of ‘girl what in the world are you talking about’? see below:

“Adopting this hairstyle became an integral aspect of drinking in the cultural experience as a first-time visitor to East Africa—women sported braids and twists everywhere. But I wasn’t sure how people would react back home in New York City,” said Welteroth.

As our sisters in blogging pointed out, we are sure New Yorkers do not need to be INTRODUCED to senegalese twists or box braids. Have you ever been to NY? Have you ever seen Pinterest?

Then she said the following about her return to her office:

At the office I found myself fielding responses ranging from shock to sheer confusion. (Wow! How did your hair grow so fast? Do you wash them? Is your hair still inside there? Those things look heavy! Don’t they hurt?) Sure, the questions were innocent enough; though, laced with ignorance, they started to make me feel like I was wearing a target on my head.

Welcome to our world, that ignorance you speak of is pretty typical and we know deep down exactly what you were thinking, though you will never admit it.

To add insult to injury the printed version of the editorial did not even include Welteroth in the little braiding hut she so eloquently described. They decided to white wash her experience, erase her and add other women who better fit the experience, you know the ones who were not there! 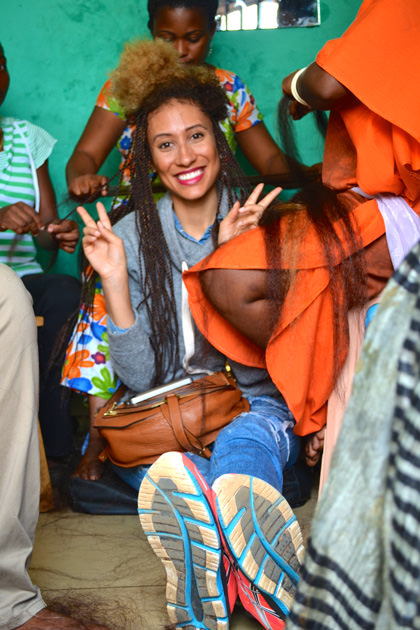 Welteroth was not even worth her own experience! And as crazy as that sounds check out her response to someone on Instagram when they confronted her about the printed editorial

Girl give me a break! You cannot be that delusional but I get it, you need to eat so to defy the odds and actually admit that the organization you are a part of did you, did us all a disservice in this piece is probably beyond your imagination.

We also know that the teen Vogue audience or demographic is not necessarily all black. With that said, we have one piece of advice — do not try to suit your demographic by erasing the color from our culture in the name of appropriation, if you can’t/won’t do it justice then just do not run the editorial, simple!

Twitter seemed to agree and they focused their attention on Teen Vogue:

I mean the editor of Teen Vogue is a black woman & she is promoting black hair without black women … the real black women who wear it.

@TeenVogue so you can go to Japan to learn about Harajuku style, but not find at leat ONE black teen here for this segment.. ok..

Here we go again, is this racial appropriation?? Has #TeenVogue joined the long list of media outlets that steal…

It’s bad enough that your cheap ass mag barely has any BW but the ONE time you should, you don’t deliver. @TeenVogue

Check out our gallery of 8 Times White Media Co-opted Black Trends and let us know what you think of this whole thing! 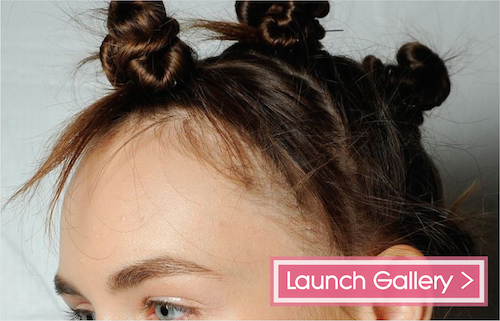