I swear, I am not making this up! Bullying in the natural hair world is REAL. I am not talking about all the stuff we have been hearing about in the news whether it’s about Ciara’s faux locs not being elegant enough for her upcoming wedding or the last fiasco that surrounded Curly Nikki having a white girl with curly hair featured on her site. I know that has been going on and in some ways that can be bullying too but what I am really talking about this:

“I gotta be called a nappy headed ho and a bitter person for stating my opinion? This is one of the many reasons why a lot of women steer away from groups like this. I don’t degrade anyone in this group, but some so called grown women feel they can. Bull. I’ll be that nappy headed bitter ho that loves her hair and loves all types of natural hair, from any race.”

Seriously? Yes, this came from a Facebook group just a few days ago and the group is a Natural hair group with 99.9% black women so the comments the young lady is referencing are from other black woman who are also natural.

Now, I don’t have a clue what the argument was about and honestly it really does not matter. The point is another woman was chastised on social media in the lowest way imaginable, why she gotta be a ‘nappy headed ho’ though?

I am sure they don’t know each other or have any dealings with one another so why the harshness? To be clear this behavior is 1000% disgusting, the sad part is comments like the one above are occurring daily and is definitly a form of bullying which we should take very seriously.

To be honest some of these groups designed to bring us together in an atmosphere of positiveness are so counter productive that you literally want to scream. Some of us like them and sit back with out imaginary popcorn to see the sparks and words fly off the page, it’s entertaining and about as interesting as the junk reality TV shows many of us are glued to. We LIVE for the drama, for a fight, or for a few choice words to go flying so tempers can start to flare along with insults.

You can get pulled into the nonsense so quickly, but when we are using the same words and calling each other out with the very same ugly names we are screaming about in protest about using and even want folks to lose their jobs over the mere mention, you need step back and reevaluate our sanity.

Oh, I”m exaggerating you say? Well, do you remember Don Imus back in 2007 and his offensive, non-funny, racist comments about the female basketball players from Rutgers? He too called the women “nappy headed hos”.

That stung quite a bit and as a storm began to brew around his callous statements he was eventually fired (although brought back much later) because  many black women stepped up and stepped out quite angry at his words. It was disgusting and uncalled for but how often we are the brunt of jokes to some.  Oh, that was so long ago? 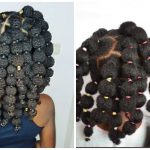 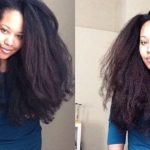