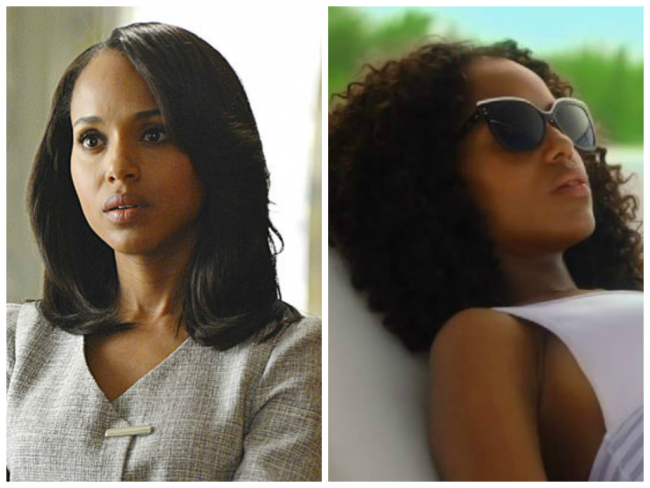 Another day, another insult? You decide! Insensitive media is getting a serious butt wooping out there in Twitterville, and you know what? Serve them right, even though this time we may have been too quick to get offended. Let me lay this one right here and see what you all think.

People magazine tweeted this on Thursday night during Scandal frenzy:

@peoplemag: Olivia’s back to straight hair so you KNOW she means business. #Scandal

Uh…you might want to fire your Twitter intern “@peoplemag: Olivia’s back to straight hair so you KNOW she means business. #Scandal”

“@peoplemag: Olivia’s back to straight hair, so you KNOW she means business. #Scandal” so much wrong with that SMH.

The implication is that straight hair signified seriousness and business mannerisms, whereas curly hair signified the exact opposite. Can I be totally honest with you all? I did not find the Tweet all that offensive. The hair on the beach that was curly is typical of what you would wear on the beach or on vacation. Easy, breezy, care free hair; no flat irons(affiliate link) necessary.

When you head back to work, your hair might be more ‘conservative’, still curly and maybe even straight, which is where the offence lies. We know that curly hair can be business like, and we know we do get a fight when it comes to what looks professional and what doesn’t. I get what it meant, and personally, I don’t think they meant it to be that deep.

On the flip side, do I see why there would be outrage? Of course, because whoever was on Twitter duty for @Peoplemag made all kinds of blunders on Thursday night, along with that one. When you look at it collectively, everything they were saying in the moment would probably have come across as offensive, in comparison to another day, where they would probably get a pass. For instance, this is what they said about Viola Davis’s performance in How to Get Away with Murder.

“You is kind. You is smart. You is important.” WTH? In the scheme of things, you would have thought that they completely lost their minds, and somebody was sippin while tweeting. They eventually deleted the commentary. So what do you guys think? Was Peoplemag’s statement offensive to us curly haired girls, or should we not even bat an eyelid?