Hide Search
* Disclosure: Some of the links below are affiliate links. This means that at no additional cost to you, I will earn a commission if you go through and make a purchase.
Share2K
Pin5
Tweet
2K Shares 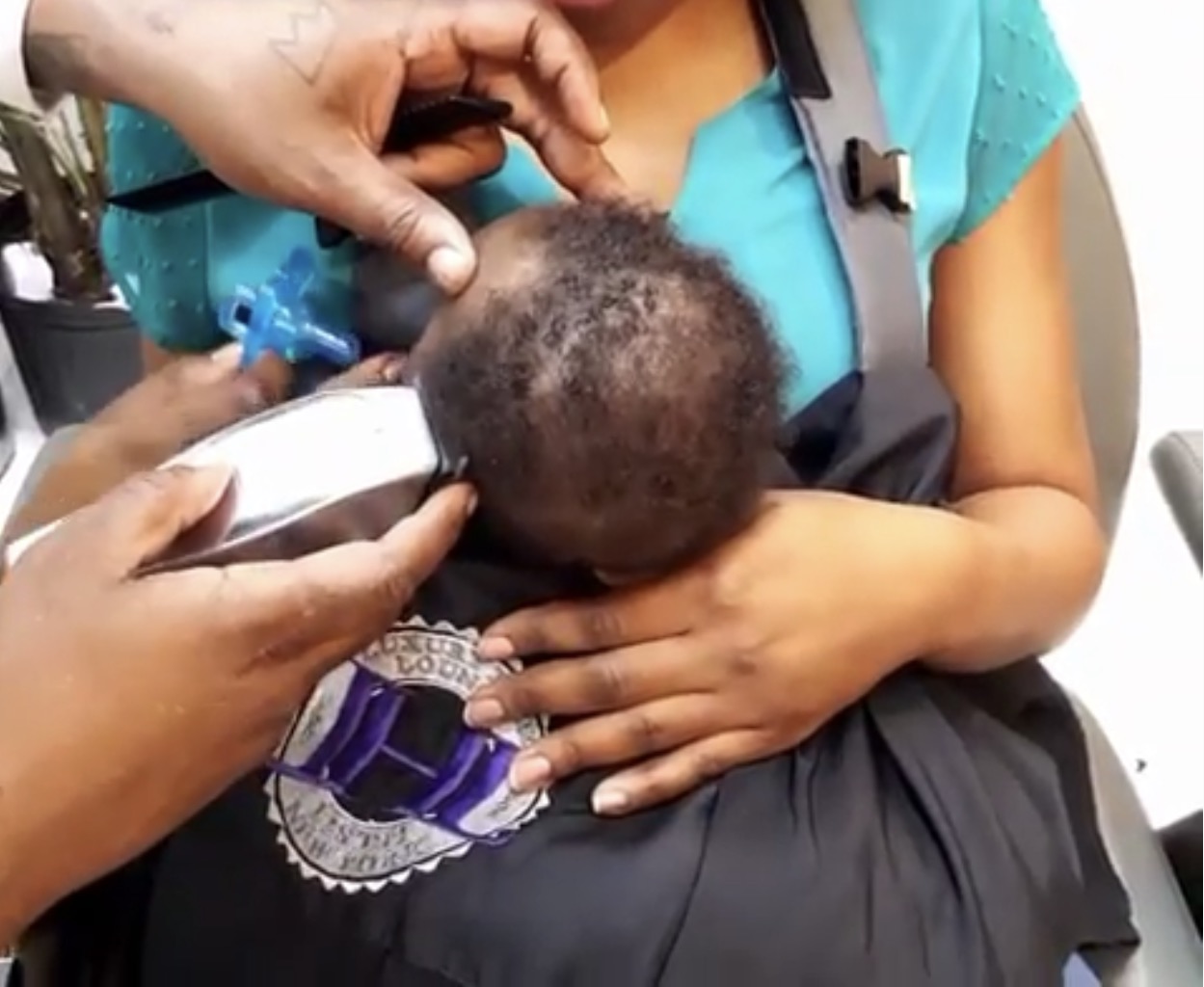 A Harlem barber has been criticised for cutting a 1-week old baby’s hair. The barber put up a video on instagram sharing his experience cutting the infants hair. He apparently told the mother that children’s hair is not customarily cut until the child can talk but the mother insisted that it was her religion after which he agreed to cut the child’s hair.

Her. Can you cut my son’s hair ?
Me. You’re not supposed to cut your child’s hair until your child can talk.
Her. But it’s my religion !
Me.if it’s your religion I got to respect that . No problem ! Wow shout out to the youngest baby, kid whatever you want to call it that I ever cut in my whole life ! He is only 1 week old ! Today was different !

Check out the video:

Her. Can you cut my son's hair ? Me. You're not supposed to cut your child's hair until your child can talk. Her. But it's my religion ! Me.if it's your religion I got to respect that . No problem ! Wow shout out to the youngest baby, kid whatever you want to call it that I ever cut in my whole life ! He is only 1 week old ! Today was different ! #thankful #harlembarber #ricolondon

He received a wide range of comments criticising both the barber and the mother:

@sjlivingest225 No shade to the barber (but could you have used scissor trim method instead of the clippers) , but my question is really to the mother. Does the religon say cut the baby hair at 1 week old, or to cut the baby hair. And to top it off what happened to staying in the house with the baby for six weeks. Your still open and the baby is to exposed. If this was a must by your religon standards why not do it yourself at home ijs.

@myasiiiaxo This is bs….just becuz its her religion means nothin u couldn’t have said no …that baby skull doesnt even look fully developed …. If u felt it was wrong u shouldnt have did it…. Poor baby

@envymetoo Somebody need to tag the mom’s dumb ass so I can blast her. She just as wrong as the barber.

There are certainly some religions and customs around the world in which the infant’s hair is cut off shortly after birth but usually it would be done in the home by a parent using scissors.

After the video went viral the barber posted another video defending his actions stating that he did it because the mother said that it was her religion and he had to respect it.

But many are still not happy with his explanation saying that he shouldn’t have sacrificed his morals for a few dollars.

It’s difficult to take a side in this discussion because there really isn’t a solid rule on when a child’s hair should be cut. Most rules are simply cultural in truth. But what do you think? Was the barber wrong for following the mothers wishes despite his initial misgivings?