Hide Search
* Disclosure: Some of the links below are affiliate links. This means that at no additional cost to you, I will earn a commission if you go through and make a purchase.
Share257
Pin454
Tweet
711 Shares 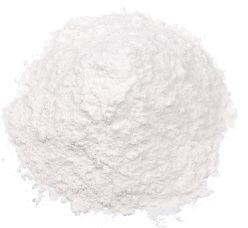 5. Baking soda –  Though a great option, baking soda is considered a  bit controversial because of its pH.

Typically you want your products to be slightly acidic or neutral rather than alkaline like baking soda but if you choose to use it, ensure that you follow up with a pH balanced conditioner.

Baking soda breaks up dirt and gets rid of the build up that causes itchiness.

6. Coconut oil – In Jamaica they have a saying that says ‘prevention betta than cure’ which is the basic idea behind using coconut oil* regularly.

The capyrilic acid in coconuts prevents fungus from growing on your scalp which can cause itchiness so as a preventative measure, lather your head up.

7. Tea tree* oil – Some people believe that tea tree oil* can cure anything. It probably can’t cure everything but it sure can help with a ton of stuff including a itchy scalp.

Tea tree oil* is commonly used in shampoos and conditioners for scalp care to relieve itchiness and clear up any fungal infections.

For a great pre-poo oil recipe grab a bowl melt some coconut oil*, add some tea tree* oil and some olive oil* to create an anti fungal mask, apply to your hair and scalp before you shampoo. Use steam or heat to make it even more effective, or just sleep in it.

8. Give braids or dreads some time – Itchiness is a common phenomenon affecting those with newly installed braided styles or new dreadlocks. You scalp is simply not used to having your hair pulled into these intricate styles.

Regardless of tightness or lack thereof of the style, many women still find themselves with the dreaded itch soon after installing a new braided style. It is nothing to worry about and it should resolve itself in a week or two.

9. Diet – If your itchy scalp problem persists then you might have an overgrowth of yeast on the inside, specifically your gut. Yeast overgrowth can trigger many things one of which is an itchy scalp; it is generally caused from eating refined sugar, white bread, all carb everything and alcohol.

Yeast overload can be reduced by cutting carbs out and focusing your diet on lean meat, fresh produce and water. Sometimes we have to do more than just treat from the outside, especially if the itching is a reoccurring problem.