Hide Search
* Disclosure: Some of the links below are affiliate links. This means that at no additional cost to you, I will earn a commission if you go through and make a purchase.
Share534
Pin56
Tweet
590 Shares 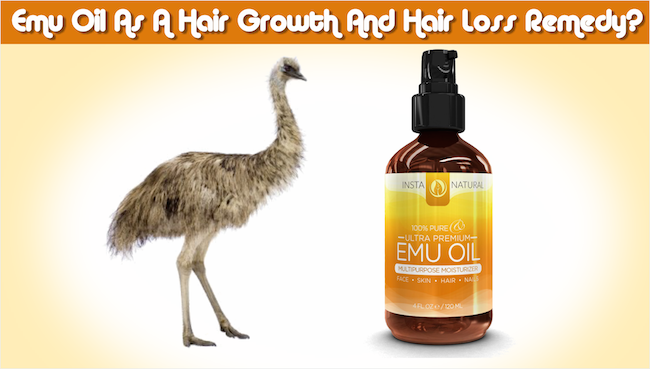 Since I started researching different popular oils* and butters*, I came across one in particular called emu oil. I didn’t realize at first that it is exactly as its name implies — oil from the emu bird, a relative of an ostrich. The emu bird is like most other fouls — it is considered a low-fat option to red meats like beef.

It’s a bummer because I’m a vegan and I don’t eat or use animal products, but for those who don’t mind, I have great news!

From the research I’ve come across, it’s been shown that emu oil* wakes up to 80% of sleeping hair follicles. This is clearly exciting news for those suffering from hair loss or want to boost their hair growth.

What makes emu oil different from other animal oils*?

Animal fat, or lard, is not all created equal. The oil taken from the emu bird’s meat is sterilized from its fat, which is then refined in order to remove organic substances and icky smells.

Emu oil isn’t brand new either — it was first used by aboriginal Australians who used it for its healing properties. Later in 1860 London, it was used to help heal wounds, alleviate pain and treat various muscular disorders.

Now, we have evolved to using the oil for beauty purposes such as hair growth. It has grown in popularity around the globe because of how it is able to stimulate growth and regrowth in as little as one month. Try rubbing pig lard on your hair and see if it can do that!

Both men and women suffer from hair loss at young ages

Hair thinning and balding isn’t only affecting middle-aged men and women. These days, it’s trickling down to both sexes younger and younger. Of course, this has a lot to do with diet, poor nutrition and damaging hair routines (or lack of a sensible routine).

Whatever age hair loss it witnessed, most folks turn to chemical products like Rogaine* to combat their problem. Unlike with emu oil*, these products can take as long as year, if not longer, to see real results. What’s worse is that once you stop these treatments, your hair starts to fall out once again — not exactly a remedy, just a cover up. You might as well get a toupee!


Since 2008, I have been embarking on a journey to all things natural. I'm completely chemical-free (body and hair) and because of this, I was able to avoid the big chop, restore my natural curl patterns, grow my hair to tail bone length and clear my chronic acne. Today, I'm an organic vegan, natural health expert, DIY herbalist, DIY beauty, blogger and shop owner. I enjoy helping others with starting and continuing their journeys to natural hair and skin care, and hopefully an overall healthy lifestyle. On my blog, I share health and natural beauty tips, as well as delicious smoothie and meal recipes (I'm all about flava!) that help to promote healthy skin, hair and body from within. Why not maintain our beauty, as well as our youth? Health is the answer! 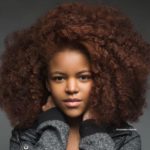