Hide Search
* Disclosure: Some of the links below are affiliate links. This means that at no additional cost to you, I will earn a commission if you go through and make a purchase.
Share197
Pin21
Tweet3
221 Shares 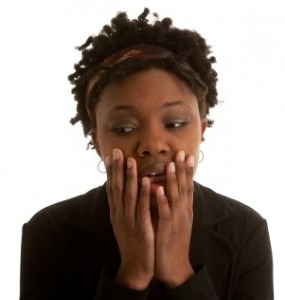 An uncle of R.U. Darby was caught by the “gold fever” in the gold-rush days, and went west to “dig and grow rich.” He had never heard that more gold has been mined from the brains of men than has ever been taken from the earth.

He staked a claim and went to work with pick and shovel. After weeks of labor, he was rewarded by the discovery of the shining ore.

He needed machinery to bring the ore to the surface. Quietly, he covered up the mine, retraced his footsteps to his home in Williamsburg, Maryland, told his relatives and a few neighbors of the “strike.”

They got together money for the needed machinery, had it shipped. The uncle and Darby went back to work the mine.

The first car of ore was mined, and shipped to a smelter. The returns proved they had one of the richest mines in Colorado! A few more cars of that ore would clear the debts. Then would come the big killing in profits.

Down went the drills! Up went the hopes of Darby and Uncle! Then something happened! The vein of gold ore disappeared! They had come to the end of the rainbow, and the pot of gold was no longer there! They drilled on, desperately trying to pick up the vein again — all to no avail.

Finally, they decided to quit. They sold the machinery to a junk man for a few hundred dollars, and took the train back home.

The junk man called in a mining engineer to look at the mine and do a little calculating. The engineer advised that the project had failed because the owners were not familiar with “fault lines.”

His calculations showed that the vein would be found just three feet from where the Darbys had stopped drilling. That is exactly where it was found!

The junk man took millions of dollars in ore from the mine, because he knew enough to seek expert counsel before giving up.

Napoleon Hill wrote the book Think and Grow Rich and in that book he doesn’t give you the exact formula to getting rich but he talks a lot about persistence and being consistent in your efforts.

If you have not read the book, it is a great read and much of the gems found within can be applied to your everyday life. The story quoted above serves as my mantra. Every so often we set goals get excited about achieving them and then things get a little rough and sticky and we start to question if the goal is even worth it.

During the rough times we have two choices, stick it out or give up. Unfortunately many of us give up before the good part.

Just as our health or our financial goals, our hair goals are very important to us girls. And just as any goals we might have in life, sometimes things can get really frustrating when you are not seeing the results quickly.

Whether you want waist length hair or you just want healthy hair, on the occasions that it feels like it will never happen, just trust the process even when you think it’s not working.