Hide Search
* Disclosure: Some of the links below are affiliate links. This means that at no additional cost to you, I will earn a commission if you go through and make a purchase.
Share180
Pin113
Tweet
293 Shares

Ms Washington played Chenille, the resident baby mama and best friend to Sara in Save The Last Dance.

Sara, played by Julia Stiles was the star of the movie and yes she’s white and was wearing cornrows. *sigh*

Nonetheless, Kerry was looking great, rather expressive in this picture and her curls made her look so young .

Some of you may have forgotten she was in the movie as this was her first big project and she didn’t have a large role.

That type of movie isn’t really my thing (I think because of my age) but despite that I can appreciate her showing her natural hair.

Maybe they wanted a more “urban” feel to the character so they had wear her hair curly.  Who cares what their reasons were as she looks great and her hair is fab.

Yes, her hair was curly in both movies and I’m happy about that since they could have gone for a straighter look in the second one as many sequels have been known for changing up a character’s look.

She played Alicia Masters, the blind girlfriend of The Thing (Michael Chiklis). Kerry is wearing a curly updo that screams elegance and sophistication. Her stylist truly does a great job of creating styles that frame her face well and give her the classy look she deserves.

Now, I know we don’t see her hair curly too often in Scandal but it’s not bone straight either. I get it, she has to look more conservative in her role as Olivia Pope.

In fact I can just about forgive anything Olivia Pope does and it makes no difference that she’s not sporting her curls on the regular.

You see, she’s a Team Natural Gladiator and whether or not the world realizes that every Thursday night,  they are still glued to the TV.

They are too busy absorbing each new secret being revealed or high ranking official falling from grace. Olivia Pope is saving everyone but herself.

Tragic really and as she copes with a glass of red wine in one hand and her phone in the other yet we know she’s the ultimate Gladiator.

Kerry Washington, Team Natural Gladiator striking fear and curls through Washington DC and we love her for it! 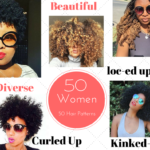