Hide Search
* Disclosure: Some of the links below are affiliate links. This means that at no additional cost to you, I will earn a commission if you go through and make a purchase.
Share21
Pin17
Tweet
38 Shares 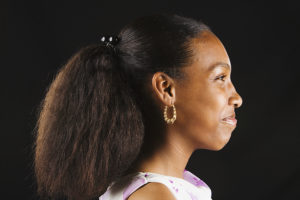 Rocking your hair straight in the winter is for some a no brainer, often you will hear naturals say things like ‘Thank goodness for the cooler months, I can rock my hair straight again and give myself and my hair a break’.

This statement is interesting because the insinuation is that having your hair straight can almost be considered a protective style in the sense that you get a break from over manipulation. So can straight hair be considered protective?

Here are 5 reasons why I think that rocking straight hair can be considered a protective style.

1. Straight hair means less manipulation – The straighter the hair, the less likely you will be twisting twirling, or manipulating it into place because your hair is already set for the next week or so. Straight hair comes with some effort but not too much effort where you find your hands in your hair all the time. As a matter of fact wearing straight hair can be a little boring because other than keeping it moisturized there is not much else you need to do to maintain it. This boredom may be just what the doctor ordered in some cases where women just need a break!

2. Elimination of single strand knots – Straight hair has its advantages when it comes to eliminating single strand knots and splits for a while. While the hair is straight many naturals take the opportunity to get a fresh trim allowing the ends to look and remain healthy. Single strand knots come with the territory of curly hair, but with straight styles, that situation is all but eliminated

3. Straight hair is easier to maintain – along with the low manipulation, maintenance is super easy too. Moisturize, wrap, cover at night; its that simple. The point of any protective style is the ease of maintenance, so why not throw it into this category?

4. Straight hair tangles less – We tend to lose a lot of hair due to shedding and tangles especially with traditional protective styles, when it is time to take down the hair, whether it be box braids, a sew in or a natural bun the set-backs we hear about almost always tend to come from excessive tangling due to shed hair mixed in with un-shed hair. A great flat iron almost always guarantees less tangles and the freedom for your hair to shed without getting stuck.

5. Straight hair requires fewer products – This is the same across the board with most protective styles and with straight looks there is little to no difference, a little oil and moisture is all you will need to keep the hair intact and free of excessive product.

The number one reason for not using straight hair as a protective style would be the risk of heat damage and the temptation to maintain the sleekness of the first day of the style by adding more heat to the hair daily.

Heat damage means that your natural curl pattern is forever altered due to the damaging effects of a flat iron* or other heating tools. Despite this fact however, if heat styling is done safely can we conclude that it is as great a protective style just like braids, twists or other traditional forms of protective styling.  Weigh in!