Hide Search
* Disclosure: Some of the links below are affiliate links. This means that at no additional cost to you, I will earn a commission if you go through and make a purchase.
Share16
Pin4
Tweet
20 Shares

Yesterday we posted an article about Sheryl Underwood’s frankly derogatory comments about natural afro hair which has sparked controversy around the online hair community. Sheryl has since attempted to do some serious damage control both by doing an interview with Curly Nikki and apologizing for her comments via Steve Harvey’s Morning Show.

Here’s the full statement transcript from her press release:

Thank you Steve Harvey and good morning to all Steve Harvey Morning Show listeners. I want to apologize for my recent attempt at a humor that missed the target and hit my people squarely in the heart. To all of you I say I’m very sorry for my failed attempt at humor surrounding something that’s very sensitive for us, which is our hair.  I could use this time to try to explain the intent of what I said, but misunderstanding aside, the way the joke came out offended my people and my community, which was not my intent. 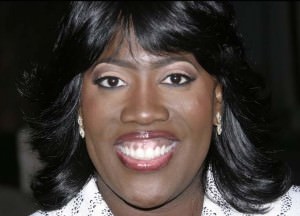 I’m grateful for the love that you all have shown me, that love enough to pull my coattail and to correct me when I’m wrong. My choice of words were wrong and inappropriate and I hope in time you can forgive me.

I thank those wise men and women, new people that I met Denise [Mosley – Girl Power & Emerging Women], you know, in the natural hair community, Curly Nikki, all the sisters and brothers in the community, in entertainment that came up to me and said hey you made a mistake, we make mistakes all the time, and advised me to use this as a learning experience; to reflect on the power of words and how I personally use them. And I hear you. You’ve reminded me the about the enormous platform that I’m blessed to have and that my words have power. And again I hear you.

And I’ve always portrayed myself onstage and on TV, and anywhere you see me, to be strong enough to take the hit, especially when I’m wrong. And, all jokes aside, I was wrong.  I made a mistake. I juxtaposed images that are continuously hurtful to our people. And for that I am truly sorry.

Fort those who say it’s not enough, I can only ask that you let time heal this wound.  Some of you have said things that are hurtful and we’re not a people of slurs, but we are a people of forgiveness.  I made an inappropriate joke and an unfortunate statement that hurt the community that I love and work tirelessly for.  I’ve worked over the years to earn your trust and your respect, and I’m going to work even harder to get it back. Please accept my apology and I ask you for forgiveness and hopefully today this is where it starts.

Thank you Steve for allowing me this platform.

Some have described her apology as “hollow” and “just a PR thing” which it may very well be. Unfortunately Sheryl got quite a lot of abuse in the days after her comments and she was called names nobody deserves to be called. It may be time to put a line under this whole mess and move swiftly on.

One point that this scandal has brought to light is that in spite of the popularity of the natural hair movement in the last few years, there is  still a great deal of work to be done to bring natural hair front and center. Even if you are relaxed, the fact that natural afro hair is seen as somehow less worthy should be something that concerns you, particularly if you have children.

It is because of our own people’s erroneous attitude towards what they consider to be beautiful that makes it so difficult for our children to navigate the world while trying to love themselves.

Our attitudes have created situations where schools think it’s OK to have ludicrous rules that state that styles like dreadlocks and afros are unacceptable because they are “not presentable”.

Anyway, the best way to change things is to lead by example.

I am Alma and I love my natural hair. Dusts self off and moves on.