Hide Search
* Disclosure: Some of the links below are affiliate links. This means that at no additional cost to you, I will earn a commission if you go through and make a purchase.
Share47
Pin9
Tweet
56 Shares 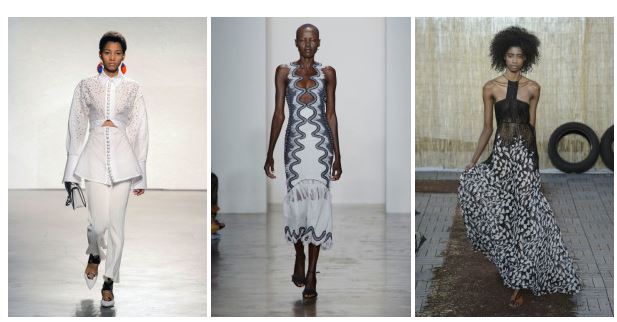 This was a huge step forward, representing a shift in the fashion industry away from representations of black models in long weaves* and extensions*. Victoria Secret angels who are known for their overwhelming beauty and sensuality, are arguably representative of the epitome of the feminine mystique and are generally the standard by which mainstream Americans judge female attractiveness.

The long, tousled waves and mild curves of the Victoria Secret angels are a look coveted by men and women alike, and the mere addition of a natural-haired black model among the lineup of long-maned angels, ipso facto declared her look as a new standard of feminine sexy.

This new, kaleidoscopic view offers mainstream society a lens through which to view natural hair, and hopefully in time, all naturalistas. It is a significant step in the right direction for the fashion industry, as in the past, natural hair has been placed in a category alone, and has long been labeled as exotic, wild, and generally “other”.

It was a look included only by designers seeking an edgy alternative in their runway shows or campaigns. The declaration of natural hair as feminine through less alternative and more mainstream outlets is a much needed representation, as natural hair is often deemed wild, unattractive, or simply not sexy.

This is a belief held, not only by white males, but also most males within the black community who would much rather date a sister who sported the long, tousled mane which has become a symbol of femininity and attractiveness in American society.

This new love affair with natural hair in the fashion industry has ushered in an era of realistic portrayals of black women as a response to the overwhelming growth of the natural hair movement, and signifies a big win for women of color.

The fashion world seems to understand the overwhelming desire of black women to see depictions of themselves in their naturally beautiful forms. It underlines an urgent need, as most young black women in America grew up with very few to no “natural” representations of themselves in media and fashion. This has created the fictional narrative that black women are just not beautiful in their natural forms, and need to either straighten their hair or don extensions* in order to be viewed as attractive.

Having been one of those young women myself, plagued by self-doubt and lack of confidence throughout childhood, I recognize how imperative it is for this shift to occur. Young women who, by the very nature of adolescence are struggling to find their place and gain acceptance in this world, need role models whom they can look to and see reflections of themselves in.

It is vital that young black women have models to look to that will grant them confidence in their natural selves, so that they do not seek to emulate a whitewashed world out of a feeling of necessity in order to fit in. These representations allow each of us to stand more firmly in the truth of our unique beauty with the confidence that we not only have a distinct place in the world, but also clearly demonstrate that we are as equally attractive as our white, female counterparts.