Hide Search
* Disclosure: Some of the links below are affiliate links. This means that at no additional cost to you, I will earn a commission if you go through and make a purchase.
Share87
Pin136
Tweet
223 Shares 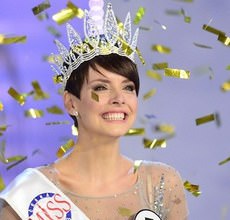 Last year Gabriela Kratochvílová from the Czech Republic, seen here with a short haircut, represented at the pageant in a variety of short styles.

Finally, the stunning Betty Omara of Tanzania completes the trio who defied traditional beauty standards and opted for a short haircut in the 2013 staging of the pageant. She represented with a TWA.

So obviously short hair is not a first at the pageant but I’ve never seen a beauty with short hair make it to even the top fifteen until Kaci Fennell. It is exhilarating to see women rocking out in short hair for it is after all a representation of members of the society, since not all have or fancy long hair.

Personally, I doubt that it was more than just a matter of Kaci’s hair being short. There are after all several categories involved.

I think the question segment played a big role in it; not that she did badly but her answers might have required more depth. Still in all the years have you ever seen a short haired contestant win? I know I haven’t but that may be because I’m still wet behind the ears. 🙂

If at all long hair is still a major requirement I think it a bit archaic in this day and age but as with many things, I suppose change would take time. At least a short haired beauty made it to top five this time so there is hope yet. 🙂

Weigh in on this: do you think the short haired contestants are being snobbed by the Miss Universe pageant organizers? 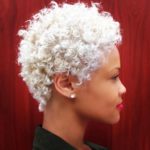