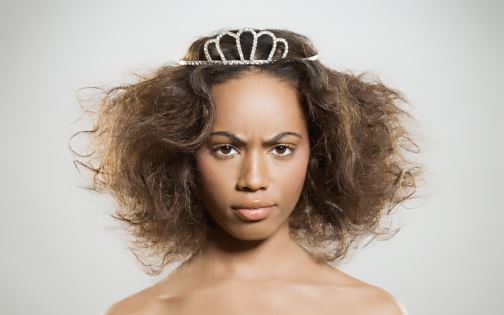 A trip to the hair salon is supposed to be an exciting experience. Especially for someone who only goes every once in a while for a needed spruce up and/or change.

In the past 10 years I’ve only made about 6 trips to a salon which says a lot. So when I went to a new stylist, walking in with hopes of getting my first ever sew in but walking out with something different, I was let down.

Before going natural I rocked a short tapered pixie cut which I loved, but for the winter I wanted to try something different.

I was growing out my hair so what better decision than to give my hair a break from daily flat ironing and getting a protective style of my first ever sew in! I wanted to try long hair so I went out and purchased the crème de la crème of Indian virgin remy hair. A friend recommended the stylist who does her sew ins so I scheduled an appointment.

When getting to the salon and doing a quick consultation with her about what I wanted, she asked that I run up the street and get braiding hair since my hair was short.

This way it would make it easier to braid and hold the hair. No problem. I made the quick run and came right back.

When I returned she started on my hair. About 20 minutes into it she then explained how my hair was “slipping” because it was “too short”. Note: I had about 3 inches of hair at this time. Braiding shouldn’t have been an issue.

However, she then pressured me into getting a quick weave(affiliate link) instead and said that I could come back in a month when my hair has “grown longer” for a sew in. I really wanted my sew in but after about 10 minutes of her pressuring me and saying how great it would be, I gave in.

Biggest regret. Next thing I know I’m in the wash bowl, getting my hair gelled down and having hair glued to my hair. Paying $100 for a quick weave(affiliate link) that I could’ve done myself. But that’s not it. About 20 minutes later, into her styling my hair, her “next appointment” walks in.

She overbooked! I then realized that the issue was not my hair but the fact that she was tight on time but still wanted a profit.

I walked out with a quick weave knowing that it wouldn’t last longer than 3 weeks because I can’t go long without washing my hair. This was all because I was pressured!

Don’t let this happen to you. This goes for any style. If you go into a salon with a specific style in mind and the stylist has any hesitation about doing it, don’t let them convince you into doing something different. Walk out! Don’t be afraid to speak up because in the end you aren’t hurting anyone but yourself. 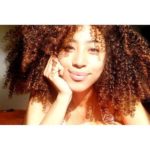 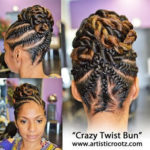