Hide Search
* Disclosure: Some of the links below are affiliate links. This means that at no additional cost to you, I will earn a commission if you go through and make a purchase.
Share91
Pin5
Tweet1
97 Shares 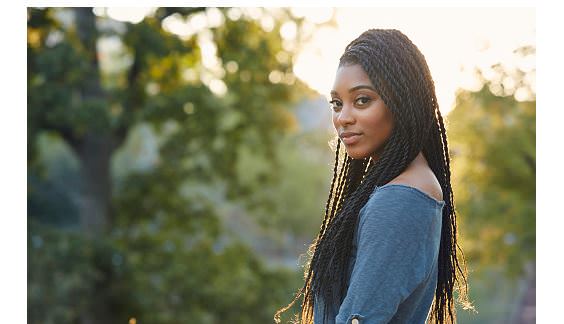 One day I was talking on the phone with a guy who I was getting to know in the early stages of dating. We hadn’t known each other for very long, so we definitely weren’t serious, but I did like what I saw so far.

The phone conversation was going well, and then out of the blue he asked me if I would consider taking my weave* out so he could see my natural hair, without the added extension length.

He totally caught me off guard, and I honestly didn’t know how to respond. Not to mention, it was a freshly done sew-in so I had no plans on taking it down before 6-8 weeks. I think what shocked me the most was his interest in my natural hair.

My stylist is amazing and slays my hair, so whenever I get my sew in done, it always looks completely natural. The only reason he knew it was a sew-in is because one day he asked me, and I told him.

Most men I’ve dated really didn’t care too much about my natural hair, and I certainly was never asked to take it out. I told this new guy, that sure he could see my hair, when I take it down. However, the relationship didn’t even last the remainder of the 8 weeks, because he ended up being way too uptight.

But this conversation had me thinking and discussing this whole scenario to one of my friends about it. Is it considered a lie if you don’t show your bf your natural hair, if he doesn’t ask? I mean I started thinking of it from a guys prospective, and say a guy wore hats all the time, because he had a receding hairline, I would definitely want to see his hairline in the light of day because that would make a difference in how much I was or wasn’t attracted to him.

My friend and I concluded that might be the reason behind men wanting to see a woman’s natural hair. Since that relationship, I continued to wear my protective styles, and my last boyfriend also wanted to see my natural hair.

In that case, I did take down my weave* and wore my natural hair for him, and he loved it but it was my choice. What do you ladies think? What if you feel insecure about your natural hair so you always wear sew ins, and your man asks to see your real hair, would you show him?