Hide Search
* Disclosure: Some of the links below are affiliate links. This means that at no additional cost to you, I will earn a commission if you go through and make a purchase.
Share269
Pin32
Tweet3
304 Shares 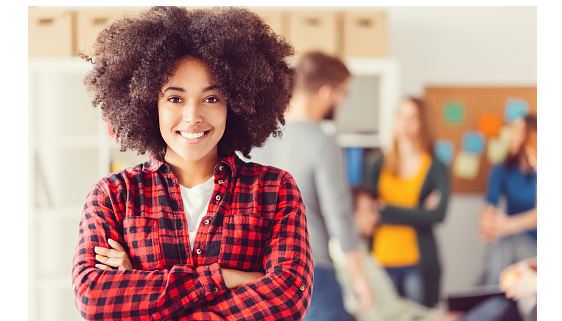 I know you’re probably reading the title of this article, and thinking .. wait, what?! Those were my exact thoughts when I woke up one Saturday morning to see a side of my hair drastically shorter than the other side.

It all started a few weeks prior. My roommate Whitney, and I had been best friends all through high school, and when we found out that we got into the same university, it was no doubt that we were going AND rooming together.

First semester of Freshman year was great- well for me. I was meeting a ton of new people, excelling in all of my classes, and I was really happy.

Whitney on the other hand, was having a hard time fitting in. So, naturally I tried to let her tag along with me, but she just wasn’t happy.

I think one of the things that drew people to me was my long curly hair. It was like a magnet. Soon, I then got a boyfriend, who was a Junior, so I was hardly ever in our room, and I really only saw Whiney in our English 101 class.

We were drifting apart and to make matters worse I also planned to live off campus the next year with a group of girls that I met. I didn’t want to leave Whitney behind, but it was kind of just a natural progression. One night, when my boyfriend was home for the weekend I decided to just spend the weekend in my dorm catching up with Whitney, because I wanted to try to mend our friendship.

Well, that mending eventually turned into arguing. Whitney told me that it’s my fault she’s so miserable, and that the only reason she came to that school is because it was my top choice. I couldn’t believe she said that, I didn’t tell her to follow me to college.

So after that I put my head phones on and didn’t say another word to Whitney, and a part of me was actually relieved that we were mad at each other, so it would make ignoring her around campus less painful.

I dozed off around 11 or so. Typically I braid up my hair into two french braids, and throw a bonnet on, but that night I just passed out.

When I woke up, I couldn’t believe what I saw in the mirror. My luxurious curls were drastically shorter on one side, and Whitney was staring at me with a smirk on her face. I immediately called my mom crying, and she was over to my dorm within the hour.

She helped me pack up my things, and said that until the next semester when I move to the off campus apartment, I can just stay at home, since it’s close by.

As for my hair- I ended up getting a shoulder length cut so it would match the other side that was butchered. Luckily, the cut made me look very mature, and everyone loved it.

I never told any of my friends what Whitney did, because I knew they would ridicule her and I did not stand for that at all. However, I learned my lesson- never sleep without your bonnet on, and watch out for jealous friends, because they might just cut your hair off.