Hide Search
* Disclosure: Some of the links below are affiliate links. This means that at no additional cost to you, I will earn a commission if you go through and make a purchase.
Share95
Pin24
Tweet
119 Shares 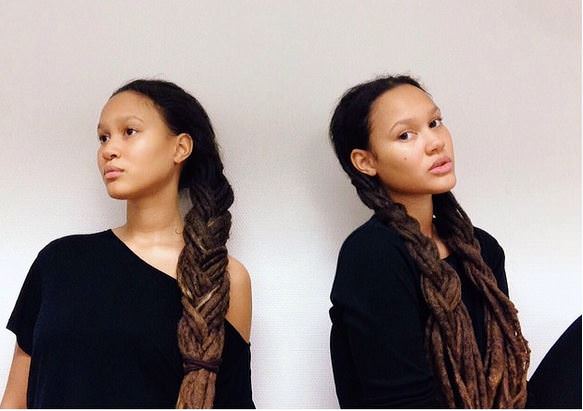 I have been curious about these two for a long time, mostly because their pictures are stunning and their background is also quite interesting.

Elizabeth Lejonhjärta and Victoria Lejonhjärta, are identical twins from Sápmi, Sweden, who you can find on social media showing off hip length locs and inspiring photo’s of their twin life.

Then the ultimate thing happened; they got interviewed by Vogue Magazine and we got a chance to get to know them just a little better. Vogue took the time to really get to know the girls and touched a lot on their locs and what the natural hair scene is like in Sweden.

To begin, we’re curious about your backstory: Where are you from? Where did you grow up? What do you guys do for a living? You seem to be constantly traveling and always outdoors, whether camping or surfing!

We call ourselves Afro-Sami, since we are from a lot of places: Sweden, Sápmi, Gambia, and Senegal. Our family has spread out through the world, but we grew up in the northern regions of Sweden, accurately Sápmi, in a household that was semi-Caribbean. We like to think we’re from earth—in spite of occasional doubts.

Vogue also asked them about their locs:

How long have you been growing your gorgeous locks? What was the impetus behind you locking your hair?

We’ve grown them since we were ten. Our mum, who shaped them, and our father were both ’locked, so it came naturally.

We thought it would make us look cool, which it did—only other kids didn’t quite realize that. We are fortunate enough to have lots of siblings, mostly brothers, all on different continents. Our youngest brother, Malcolmx Lejonhjärta, outgrew our lock game a long time ago. 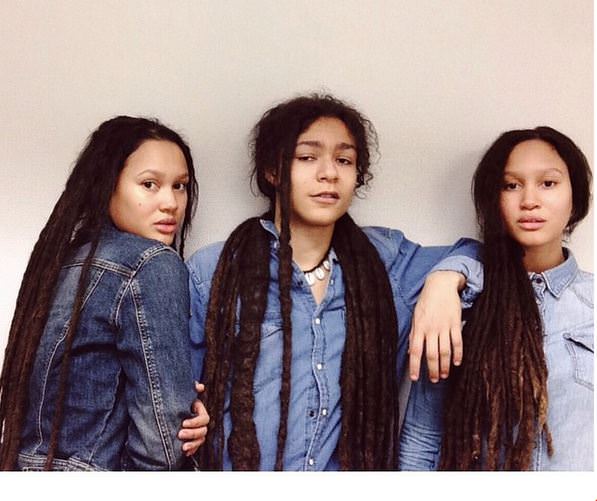 How do you take care of your locks? Do you have a daily/nightly routine? Any products you swear by?

We have a very simple routine: We wash without additives and we moisturize. Raw coconut oil*, shea butter*, and jojoba oil* are our closest allies, and have pledged their allegiance to us in the war against climate. Winter is coming!

The girls have a serious eye for art and photography which is what makes their Instagram very interesting and definitely worth exploring if you need some inspiration. Many of their pictures are done fresh faced and together which often illustrates their unspoken twin connection. 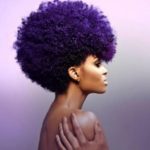