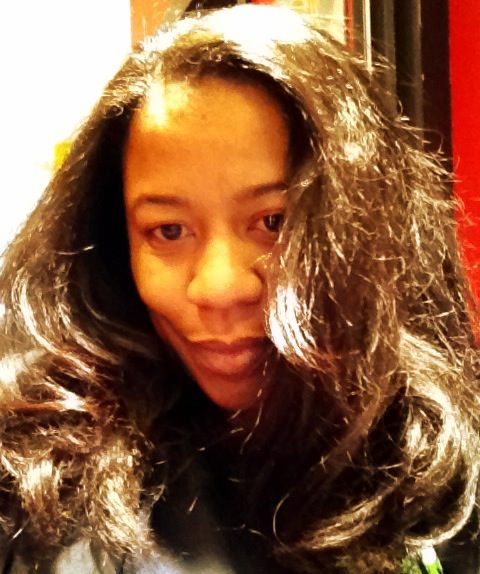 After watching ‘Supa Fly’ for the first time with hubby I asked him the other day why he thinks there was such an emphasis on straightening hair using chemical relaxers back in the day. What was it about having ‘permanent’ straight hair that was so appealing to Black/Afro Caribbean/African American individuals? Is it related to our history as ‘an oppressed people’? Or is it as simple as – relaxing the strands of our hair made it easier for us to handle!

Hubby gave me his two cents and he thinks that it was in fact directly related to years of oppression and the view that afro textured hair was ‘ugly’. I then started to think about why I wanted my first relaxer and what was my thought process…..I came up with a few reasons.

1. I didn’t want my mom styling my hair anymore because that usually meant 3 huge plaits that did not represent who I was….after all I was 13 and grown!

2. Frankly I thought having my hair straight meant I looked better

3. I knew my hair would be longer than it appeared while it was natural

There are a number of influences that shaped my ideas the one I remember the most was where I went to school and who I associated with. I went to a predominantly white/mixed elementary all girls school in Jamaica. I believed that the girls who were white or mixed with white, looked better than I did and as a result I had no appreciation for me, who I was and where I came from historically. It was not until I got to high school that I was able to consciously appreciate myself as a young black girl just as pretty as any other young lady at my school. Problem solved!?

Not quite!.. I still wanted straight hair, and so did all my black and even mixed girlfriends. It was absolutely crazy for us to think we would ever wear our hair in its natural state, who does that? I begged my mom for a relaxer and she allowed me to have it. I was finally ‘happy’. Hubby told me that even Malcolm X wore a perm for awhile until he obtained ‘knowledge of self’ …and I wonder what shaped his decision to wear a perm in the first place?

In my reflection on my own choice to relax, my thought process definitely changed over time. My first relaxer was based on a very skewed and ignorant view of what was beautiful. With knowledge, development and new appreciation of who I was as a person my decision to continue relaxing was based on the convenience of having my hair in a state that was easy to manage and that I could just hand over to a professional for care.

I cannot vouch for everyone but I believe that as a people we have come a long way, the manner in which we wear our hair is not based on a direct hate for what we are but due to one thing ‘choice’. When naturals fight among themselves and there are apparent divisions between women based on the choices they make the source is nothing but ignorance, the same ignorance that shaped my mentality when I was in elementary school. In this respect ignorance does not mean stupidity, what it means is lack of ‘knowledge of self’.

Finally we have an understanding that how we wear our hair or choose to take care of it has nothing to do with, lower education, less professionalism, negative connotations, political views, lower classes of beauty but rather just plain old choice. Once we start looking at it this way we can appreciate our differences and finally get happy about what makes us significantly unique.

What were your reasons for your first relaxer?