Hide Search
* Disclosure: Some of the links below are affiliate links. This means that at no additional cost to you, I will earn a commission if you go through and make a purchase.
Share736
Pin65
Tweet5
806 Shares 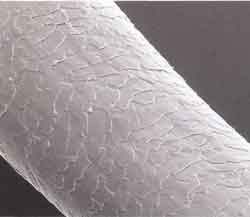 The purpose of the study was to evaluate the hair growth characteristic of individuals born in Africa. Here were the results:

This study demonstrated significant differences between African and Caucasian hair  growth  parameters,  which   might   suggest  a   trend   towards  increased   hair  loss   in  Africans,   even  though it contrasts with a lower and slower incidence of the development of alopecia in Africans.

It’s also important to note that even though the individuals studied were born in Africa, they were actually living in Paris at the time of the study and were healthy and free of systemic or cutaneous disease. In this case malnutrition would have been unlikely to have been a major influence in the outcome.

Of course the rate of hair growth in 19 African individuals is unlikely to be considered the standard for all Africans or in fact, all people of African descent. More than anything, this study shows a glaring inadequacy in the range of data which is covered in the study of cosmetology today.

Hair growth rate notwithstanding, a lot of what is taught to cosmetologists is based largely on Caucasian hair which in and of itself could be a problem if the person studying it will be dealing mainly with black hair and as such many of the facts learned may have very little to do with our hair.