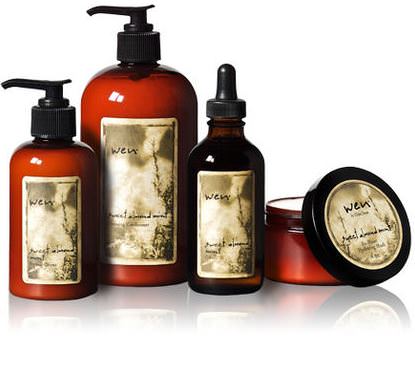 Did you guys hear about this shenanigans? My first reaction was utter shock, for some reason even though I never purchased not one bottle of this stuff I held the line in the highest regard.

Then my second reaction was, how? What in the world could they have in that stuff that could cause massive clumps of peoples hair to fall out; While at the same “curing all scalp issues” according to the infomercial?

Of course I had to get to the bottom of this, what could Chaz Dean have done? And does he know that I actually recommended his product to my mother?

According to word on the street, there is a class action lawsuit that has been filed in California in the Summer of last year. The suit is against Guthy-Renker who is the parent company of WEN.

According to the details of the suit the WEN Cleansing Conditioner specifically causes hair loss and if you are smart enough to stop using it, your hair continues to fall until there is literally nothing left.

That might be a bit dramatized but I promise you its only a ‘bit’. The suit was filed but Amy Friedman who happens to be a medical nurse practitioner from Florida.

She was sold like many of us by the WEN infomercial and took the plunge purchasing the conditioner. According to the details:

“Within two weeks of beginning use of her WEN Cleansing Conditioner, [she] began losing substantial and abnormal amounts of hair [and] the hair loss continued for approximately three more weeks [and she] lost one quarter to one third of the hair on her head.”

Amy is suing the company for her hair loss. When you add the emotional toll this must have had on her, it could be a pretty hefty bill for the “all natural” product company.