Hide Search
* Disclosure: Some of the links below are affiliate links. This means that at no additional cost to you, I will earn a commission if you go through and make a purchase.
Share54
Pin19
Tweet
73 Shares 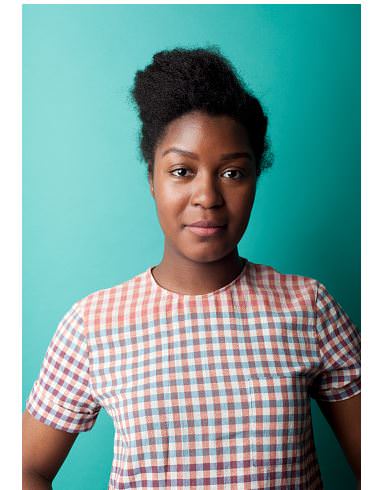 Due to the delicate nature of our hair, and its tightly coiled appearance, an inch really is a mile. It represents a couple months of careful maintenance, of balancing moisture and strength for retention. The thought of shaving off what would have been every inch I gained during my first year of being natural was an idea I just couldn’t swallow.

Her words also triggered in me jealousy. Her hairstyle was short; as she had previously explained to me she had gotten “fed up” with “dealing” with her long, straight locks. She decided to cut her hair because she knew that in only 6 months time she could be back to shoulder length.

It was “no big deal”. On the other hand I was left considering how much more awkward my trendy cut would look 6 months down the line than my MWA did now, and how I would have to either keep shaving it for eternity or shave the whole thing again six months later just so that it would grow out evenly. The whole thing just sounded like one small step for upgrading my style, and one giant step backwards on my journey.

Where most girls would readily take that small step forward, blind or apathetic to the impending giant step backwards, I am a much more long-term oriented person and my goal is to have the kind of hair that disproves one of the fundamental myths about black hair, that it simply cannot grow. Coupled with the fact that I am tirelessly impatient, any delays along the journey to that goal are simply insupportable.

My coworker’s lack of cultural sensitivity, though unintentional, was a simple example of how privilege blinds. Any person who could step outside of that space of privilege for a moment would have realized that my hair is extremely curly, and curly hair takes a long time to grow long.

Therefore, what may seem to her as “just hair”, is to me an earned trophy of patient persistence. I wish that she could have taken off the rose-colored glasses through which she viewed the world for a moment and stepped into my shoes, considering not only what she was saying, but how saying it would make me feel.

It is the unintentional nature of privilege that makes it all the more insidious. It is not something that can easily be pointed out to its perpetrator because it is so deeply knitted into the fabric of his or her life. On top of that, had I mentioned how it made me feel and explained why to her, my words would no doubtedly have been met by the protests of my other coworkers, equally privileged, to invalidate the importance of my feelings with statements like, “You’re taking it too personal” or “That’s not what she meant” or “Come on, it’s not always about race.” 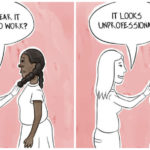 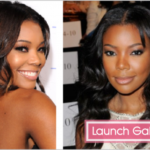