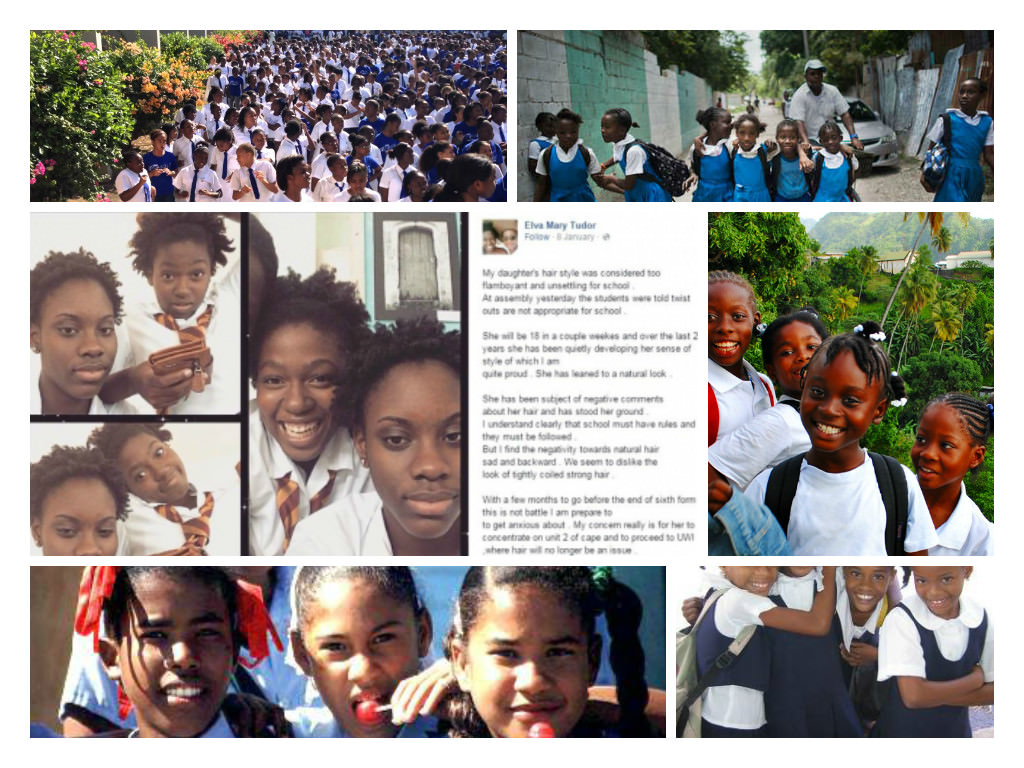 I was born and raised in Jamaica, I attended an all girls Prep school and and all girls high school. The issues surrounding hair practices are nothing new to me, in fact we have even addressed the Truth about natural hair in the Caribbean before right here on the blog.

Like many countries the Caribbean is heavily influenced by what we do here, and more than ever women in the Caribbean are starting to embrace their natural hair, they are reading blogs and getting inspiration for various styles such as the twist out.

Well one Barbadian school is not here for it. The prestigious Harrison College which has been around for over 200 years has banned twist outs. They are not a fan of the style because it is not neat and the swift move on outlawing it has caused ripples in Barbados and throughout the Caribbean.

Like most things the controversy picked up steam when Elva Mary Tudor posted a picture of her daughter who attend the school (pictured above), with the caption that her daughter’s hair was considered too flamboyant and unsettling got the school.

“My daughter’s hair style was considered too flamboyant and unsettling for school. At assembly yesterday the students were told twist outs are not appropriate for school.

She will be 18 in a couple weeks and over the last two years she has been quietly developing her sense of style of which I am quite proud. She has leaned to a natural look.

She has been subject of negative comments about her hair and has stood her ground. I understand clearly that school must have rules and they must be followed. But I find the negativity towards natural hair sad and backward. We seem to dislike the look of tightly coiled strong hair.”

As you can imagine the post went viral pretty quickly leading to the Harrison College Alumni addressing it directly with the Principal of the school, Principal Wade. The wrote a letter which was signed by 500 people who agreed with them.

We speak often of modernized curricula at the secondary level, and the need to pay attention not just to academic/technical areas of study, but to the sense of identity that young people develop as students. Part of this identity is of course the history of their country and region, and their place in this history.

Not just in the Caribbean but wherever young, Black women live, we are told that our hair is somehow inadequate: it is ‘hard’ or ‘knotty’. It is not straight ‘enough’, although enough for whom or what one cannot be sure. And where we are kindly allowed to wear our hair naturally as it grows from our heads, there are caveats: as long as it is pulled back or braided tight or otherwise tamed.

Now let us concede the expectation of a tidy appearance to accompany a school uniform. But there is nothing inherently untidy about a twist-out style. In fact, it helps keep strands of hair in place, where otherwise they may have blown about.

It is no different from a simple afro, unless this too is considered too distracting for school. Among our primary concerns is the message being sent to young women of African heritage in this country that their natural selves are of necessity untidy, unsuitable or otherwise inadequate….

The argument that “students can do whatever they like once they enter the real world, but this is school” also misunderstands the role of formal education and the process of young people’s development.

School is the real world. Young people are understanding themselves and their environment, and while becoming who they will be, they also are. They are real, valid human beings with thoughts and ideas to express.

While I agree with the sentiment of the Alumni, I couldn’t help but think about my own education and how strict the Sisters were on us girls where appearance was concerned. 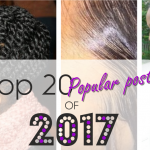