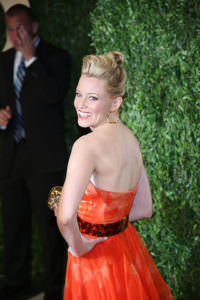 What is the most challenging thing about being a film and TV hair stylist?

I find that traveling and long work hours are the most challenging aspects for me.

What would you say was your top four film sets to work on, where did you have the most fun?

My top four would be Captain America, The Winter Soldier, Ray and The Help. Captain America was the most recent where I really enjoyed the experience. Marvel is an awesome company to work for; they are on the cutting edge in technology and Visual Effect. I learned so much about film making on that level.

What advice would you give to a young woman or man wanting to become a film or TV stylist?

Be well rounded when it comes to the craft of hairdressing learn everything. Learn to cut, color, style, curl, and barber. Know hairdressing inside and out.

What is your hair story, and how has your hair care changed over the years?

I have had every type of style you can imagine. I have been short and long, and all the colors of the rainbow. Right now I am med length with ombre blonde ends.

Your first film was a ‘Thin Line Between Love and Hate” – describe that? 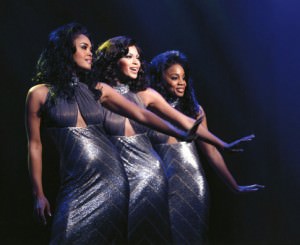 I was very blessed to have the opportunity to do that project. A friend called me to help do Lynne Whitfield’s hair. I learned so much about wig and hairpieces on that movie.

Please tell us what it was like to work on the set of Django, that movie for many of us was one of the best we have seen in 2013, describe your experience? What was it like to work with Quentin Tarantino?

Django was an amazing experience; it was 8 months of film-making. Quentin Tarantino is the most talented and smart filmmaker, I have ever worked with. He allows you to be an artist and really explore your craft.

We can appreciate that there must be some key differences between working on film and working in a salon, describe one key difference between the two

Film is a group effort; you have the director, studio, actor, wardrobe, makeup and hair to decide on the look of a character. In the salon it is just you and your client…