Hide Search
* Disclosure: Some of the links below are affiliate links. This means that at no additional cost to you, I will earn a commission if you go through and make a purchase.
Share953
Pin71
Tweet
1K Shares 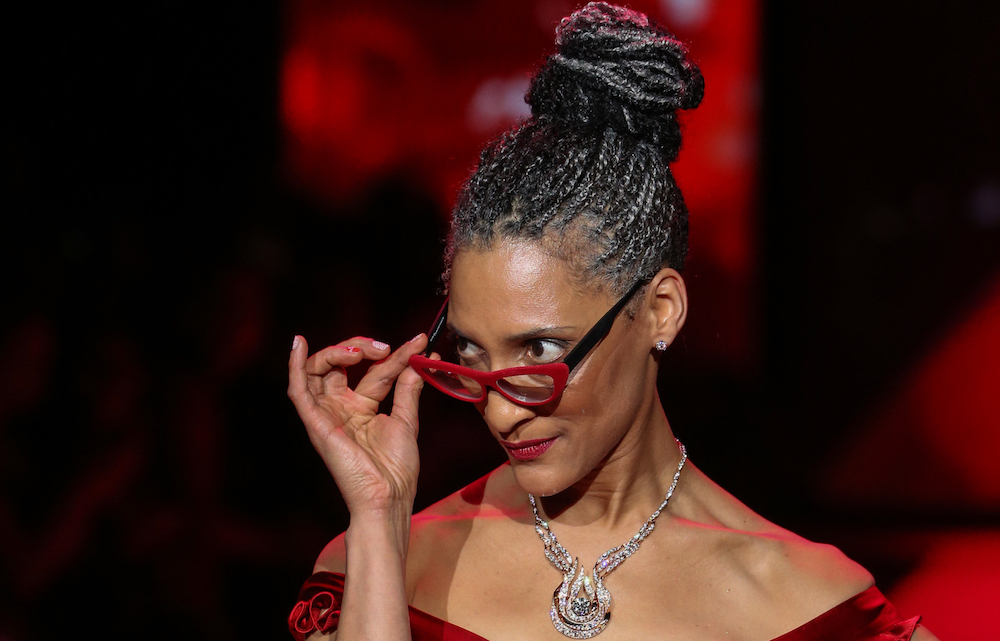 We have all seen the ‘gray trend’;  women bleaching and coloring their hair to get the perfect shade of gray they can get. Before the trend most of us who have gray hair were, and in some cases still are inclined to cover it up at the salon, or do our own henna or box color.

We love henna* because it is all natural and Amla* because we can get rid of the reddish tint that henna* leaves. We love brands like Shea moisture* that have made it easier for us to use color without the fear of permanent damage.

But what if we let the gray just shine through even after the trend is over and done with. The conversation about women getting older does get a bit complicated as women are typically seen as ‘old’ and men are seen as distinguished.

Many of us do not feel old and as such would rather avoid the term all together, which is part of the reason we use color.

Carla made her announcement about her gray hair in January, and in an interview she had this to say:

This January, I announced on air that I was letting the silver show. Though the audience response was overwhelmingly positive, a few viewers questioned me: “You looked so young,” one said. “Why are you doing this?”

I thought then about all the people who resist the natural appearance that comes with time. Do we not value our “seasoned” citizens enough to let them look their age?

Letting my hair go gray will probably place me in a different demographic. But, for me, there’s a relief that comes with not fighting against the inevitable. I don’t need to look 25 again; I’d prefer to look good for 50 and celebrate what that brings: the silver and the freedom that comes with knowing that my hair and I are happier this way.

What do you guys think? Are you of the opinion that you should let your gray shine through at a certain age or are you coloring your hair for as long as you can.