Hide Search
* Disclosure: Some of the links below are affiliate links. This means that at no additional cost to you, I will earn a commission if you go through and make a purchase.
Share99
Pin605
Tweet
704 Shares 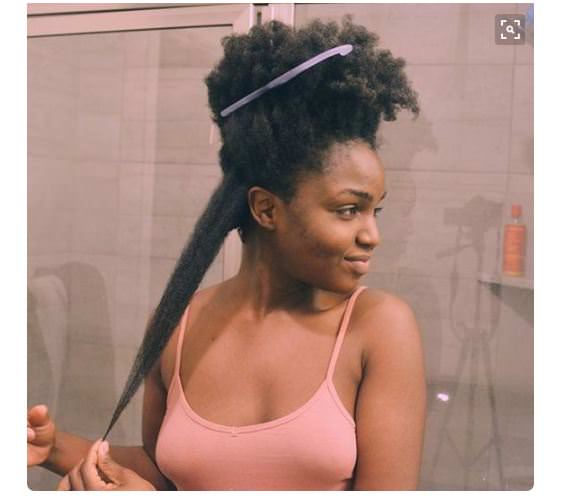 Just to give you a background about my hair story. In 2013, my sister who has always kept her hair natural told me about the benefits of having natural hair.  At first, I was not keen on the idea and honestly she did not impose it on me.

When I went natural it was not planned. My hair was thin from relaxers and I decided to keep braiding it and allow it to grow. The plan was to keep cutting the ends off until I outgrew the relaxed hair and then start relaxing again.  So I did twists and braids on three consecutive occasions. On the third time when I took my braids out I realized that my hair had matted and was thin which meant that I couldn’t detangle it.

I asked hubby if he could cut the knots off and he refused so I took scissors and chopped all the relaxed hair off.  It was on Sunday and I was going to work the next day. I panicked when I saw myself in the mirror with short hair. I was terrified as I had not seen my natural hair since I was a child.

The hair struggle was real and on top of that I do not do well with weaves* and wigs*, and the shock of my hair terrified me. The fear I had was all in my head and I needed a style to help me get through it, so I installed kinky* twists and I was set. This became my signature transitioning style to natural hair.  At that time, I did not even know that I was transitioning because I had not seen any natural hair sites.

3 years later, as I reflect I know without a doubt that going natural is the best thing that ever happened to me. After getting over my fear and facing my hair I can now style and care for it in ways I could never have imagined.

What was your transitioning story?