Hide Search
* Disclosure: Some of the links below are affiliate links. This means that at no additional cost to you, I will earn a commission if you go through and make a purchase.
Share507
Pin390
Tweet
897 Shares

And wearing your hair natural is not a political statement

When did how a black woman chooses to wear her hair become a political statement rather than what it is; a hairstyle?

You often see comments online about the use of relaxers being a representation of self-hate just like skin lightening creams and plastic surgery. Well these are strong statements that are likely to gauge a reaction whether your hair is natural or relaxed.

Some may be inclined to agree based on the reported studies which cite risks correlated with relaxer use. These are risks such as hair loss from scalp burns, cancer risk and risks to unborn babies in pregnant women. Why risk having a caustic chemical burn on your head just for some straight hair? RIGHT? You must admit that it all sounds probable and it is easy to see why it would spark some discussions.

The same goes for hair relaxers. All the evidence that has been provided thus far shows a correlation between hair relaxers and some negative health outcomes but none so far has shown a causal relationship so it would be wise to put this information into perspective when talking about them.

That aside, many other cosmetic and household products we use also come with risks associated yet we use them anyway because we always have. Soaps, shampoos, and cosmetics also contain many allergens, parabens and fragrances which have been linked to cancer yet we go on using them. Meat, particularly barbecued meat has a higher correlation to cancer than many of these household items, yet veganism, although it is growing, still has a pretty low adoption level.

Looking back at my childhood, and this may be a very naive view of things, but when I was around 10 I asked my mum if I could get my hair relaxed. She refused, saying that I could have it done when I was thirteen. When I was finally old enough, on the night before we were due to go to the salon to get my hair relaxed, I was so excited I could barely sleep.

I was excited not because of any socio-political reason but because it would make my hair look DIFFERENT. Just the same way as I would get excited about wearing a brand new outfit to a party I was invited to. By the same token, I was ecstatic to see my natural hair grow when I decided to transition some years back. Not for any other reason than my hair would look DIFFERENT.

In previous generations, it is possible that there may have been a major element of self-hate which took root over time as a result of European ideals of beauty that had the black community believing that black features were somehow inferior. This made many women opt for relaxers as there was the conception that straight hair was more “aesthetically appealing” and “hygienic”.  Strange, I know!

However, in current generations, girls from a young age relax their hair because it is the way things are done. Your mum’s hair is relaxed, your sister’s hair is relaxed so it follows that you will relax yours too right? Most however, opt for relaxers because they feel it will make their hair more manageable. 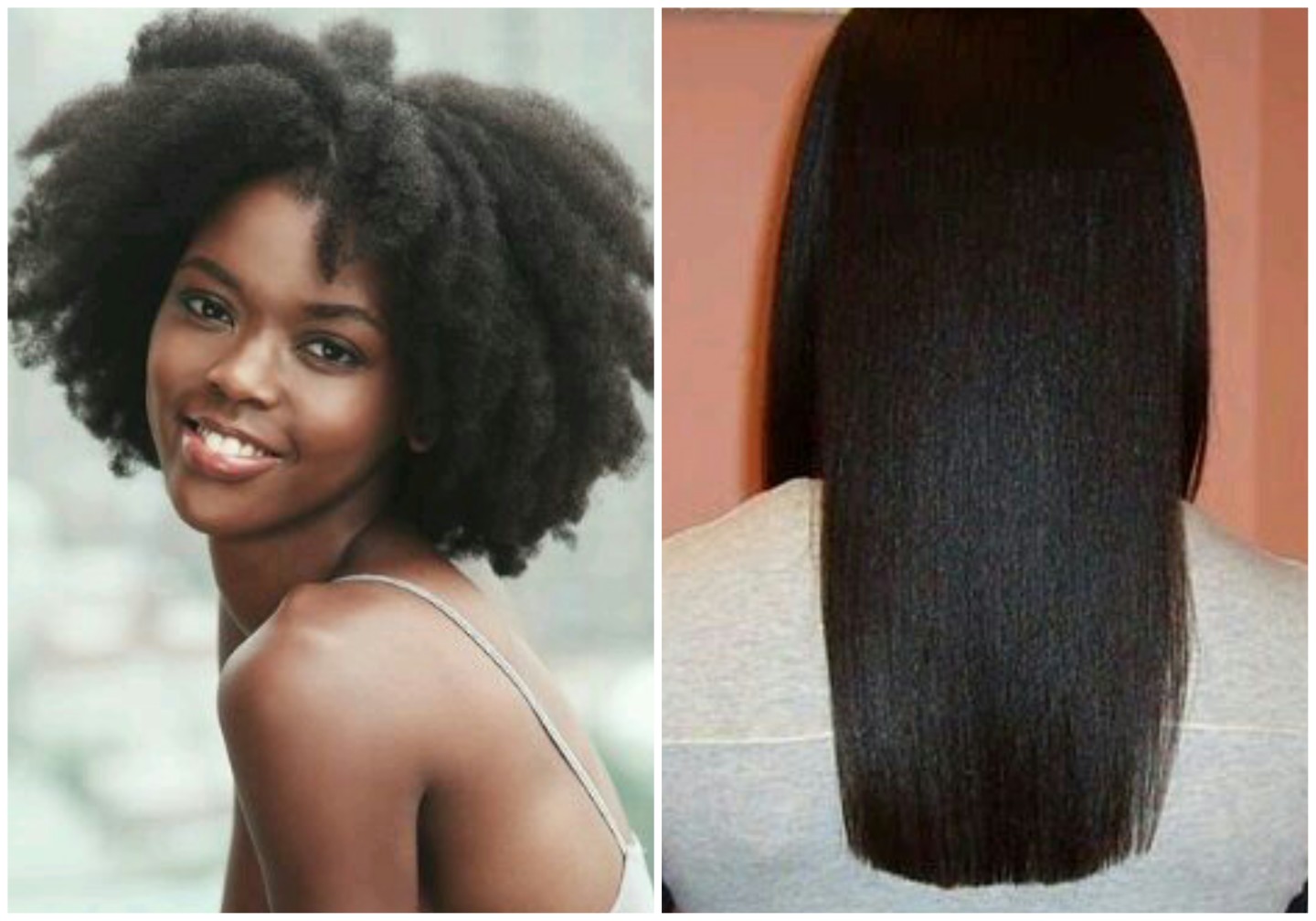 Let me pose a question: if relaxing hair was a sign of self hate then how do we explain all those African women who relax their hair? I am talking here of the women who live in African countries where more than 90% of the population is black.

There aren’t many white women with straight locks to envy and want to emulate. Television does not play that much of a part either particularly in rural areas of Africa where electricity is not common and they are not exposed to the same level of media as those in the United States. So why do they relax their hair? The answer is simple. For the same reason that brunettes want to be blonde. For the same reasons that we paint our nails, put on lipstick, wear jewelry and even braid our hair. Because it makes us look different and feel different and we think it will enrich our lives somehow. It’s just the human urge to try new things and experiences.

Relaxing your hair is only a problem when you are not doing it for the right reasons. If you are caving in to pressure from work to look ‘presentable’ or to fit in with a perceived image of European beauty then you have a problem!

Let’s be honest here. We, the black community are the ones who have made an issue out of the differences between relaxed hair and natural hair. When a white woman gets a curly perm, she’ll probably get positive comments about her new hairstyle. Similarly when a white woman with naturally curly hair gets it straightened, nobody will accuse her of hating herself.

No such luck for a black woman, you’re damned if you do and damned if you don’t. After all, how many other races call the hair that grows out their scalps anything other than natural? By drawing the battle lines, we have created the problem.

Being natural is also nothing to be particularly proud of. It makes as much sense as being proud of having 10 fingers. Its not an achievement, it just IS. For better or worse, we need to stop being up in arms over what ought to be seen as nothing more than a way to wear your hair.

Just like natural hair is just a hairstyle, we need to understand that relaxed hair is also a hairstyle which does not translate to self-hatred if you choose to wear it that way. Girl, live and let live. 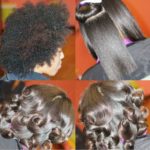