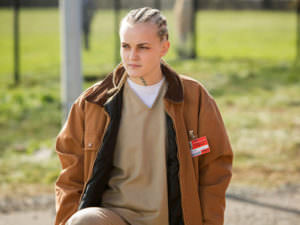 To make matters worse, the article mentioned the likes of Bo Derek, Cara Delevingne, Rita Ora, Kristen Stewart, Alexander McQueen and Madeline Brewer (Tricia from Orange Is The New Black, smh),  as pioneers of the style, making it elegant, chic, and less “Urban”. Can we go back to the thought that Tricia is considered a pioneer? Are you kidding me?

To be honest, I kept reading to see if there would be any mention of anybody Black, but alas, we were not mentioned, not even a factor in this new chic, elegant development. Not even Queen Bey was mentioned, and she had some in the other day that made all of the news!

To make matters even more worse, Cornrows are only chic if they are not done as a couple on the side and on the right person with the right clothing. Well then, isn’t that something. Note to self: when doing Cornrows, it is better to be subtle, and not full blown gangsta with a full set. Ensure that my style looks like what’s her face Kardashian, who was praised for her version earlier this year.

How does this happen?

I will tell you how it happens: part of it is us and our mentality not being proud of what we have, and what we stand for; always giving away our power to others seeking validation in other cultures and races.

Don’t even pretend like we do not do that because we do. No disrespect to Eminem, but contrary to popular belief, he is not the greatest rapper alive. He is good (great even), but not the greatest. BET has its problems, but when some of the most influential in our music and acting industry prefer to skip those awards and attend the MTV music awards, regardless of what they win, it makes you wonder what drives that decision.

If you are featured in a Black hair magazine, you will feel great about it, but if you were featured as a style icon in Vogue, that’s a whole different ball game! Now you are relevant; now you have ‘made it”. Kanye West, as crazy as he is, will die if his so called collection and fashion sense is not validated by high fashion designers in Europe. To him, that validation is what matters, not his own – not ours, which is one example of how warped some of us can be.

Now I am no fool: of course money drives this. Another reason this happens is that we are not spending our coins in our communities. We have to continue to support Black businesses, Black media, feature our styles, support our sisters and brothers in hair, beauty and fashion, making our products and traditions a force to reckon with.

Cornrows are not cool because the LA times made them cool; it was always cool. An article which would have spoken about where Cornrows came from, and its place in the Black community, would have made it at least somewhat rooted in the truth.

We have some pretty cool stuff: art, music, inventions, and even hair. Let’s make it cool, before someone else takes it from us and does it some justice, without even asking us for a reference.

Oh and PS, we are calling it “Rows” now, leave off the corn – that’s too urban! 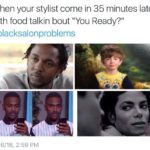 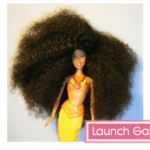